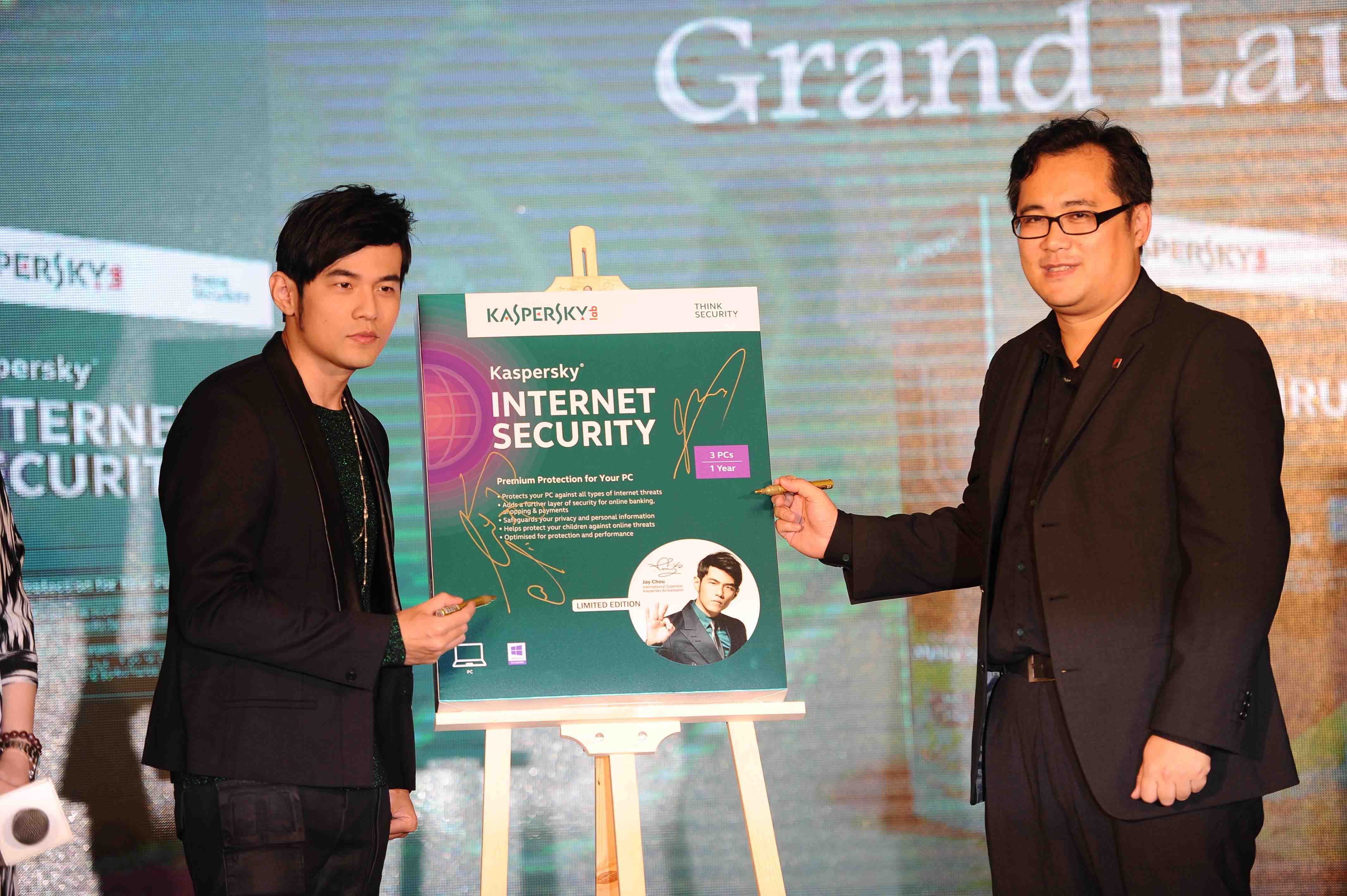 Kaspersky Lab has launched its newly updated product line for home users: Kaspersky Anti-Virus 2015 and Kaspersky Internet Security 2015 unveiled by Jay Chou, international megastar and Kaspersky Lab Brand Ambassador for the Asia Pacific, accompanied by Mr. Jimmy Fong, Channel Sales Director, SEA, Kaspersky Lab at the Malaysia IT Fair, here, today.
The solutions are developed to protect users of from existing and new threats – making their online lives easier and safer.
These latest versions of Kaspersky Lab’s consumer software incorporate several entirely new technologies that improve the level of protection against encryption malware, prevent webcam surveillance of the user, and shield against the risks of working on vulnerable Wi-Fi networks.
“Kaspersky Lab’s products have always been a personal favourite of mine. I was again a beta tester for KIS 2015, and I’m impressed!” said Jay Chou.

“Kaspersky Lab has been protecting my management company and my digital assets for many years. Now that Kaspersky is protecting me, I can focus on my music without any worries,” he explained.
Ahead of the launch, a ‘Meet Jay Chou’ contest was organised by Malaysia IT Fair from 20th of June to the 20th of August with selected participants receiving an entry pass to witness the launch.
“I’m glad to share with you that the Kaspersky Internet Security 2015 or KIS 2015 for short is our best consumer internet security product ever! It is an amazing combination of everything you need to protect your digital life while being relatively light and not consuming resource,” said Mr. Jimmy Fong, Channel Sales Director, SEA, Kaspersky Lab.
“Our latest analysis reveals that biggest concerns of the online users are safe online financial transaction and privacy protection. Cybercriminals directly target social media and online banking accounts, passwords and other private information. We are excited to launch KIS KAV 2015 series featuring dedicated tools to fight the most complex malicious programs targeting your virtual assets and real-life money. The latest KIS 2015 version is easy to configure, runs quietly in the background and requires limited system resources,” he added.
No operating system can be considered safe as Kaspersky Lab detects about 315,000 new samples of malicious software every day. The days where attackers focused almost exclusively on Windows are long gone as attacks on Macs and mobile operating systems are on the rise.
Research conducted by Kaspersky Lab and B2B International indicates that Internet user’s biggest concerns while online are the protection of their privacy and identity, their personal data, their finances and their children’s safety.
The Kaspersky Security Network logs over 137,000 new phishing websites per month. These phishing sites, a universal cyberthreat posing a danger to all users regardless of device or operating system, aim to deceive victims into handing over sensitive personal and financial data.
Kaspersky Lab’s System Watcher module analyzes all processes running on the operating system, and now features new data backup functionality. When System Watcher detects a suspicious program attempting to modify a user file, it instantly creates a local backup copy of that file, free from any external changes. If further observation indicates that the program that changed the file was malicious, then the changes will be rolled back1.
Plus, Kaspersky Lab has introduced a Wi-Fi Security Notification module into the new edition of Kaspersky Internet Security. This module verifies the security of Wi-Fi hotspots and alerts the user to any potential threats, such as a vulnerable network connection or the transmission of an unsecured password via the Internet. Users also receive tips and recommendations on how to securely configure their own home Wi-Fi network1.
For customers to be confident that they are never observed without their knowledge or consent, Kaspersky Lab has developed the Webcam Protection feature. It helps monitor which applications attempt to connect to the webcam, warns the user of access attempts, and, if necessary, blocks webcam access1. 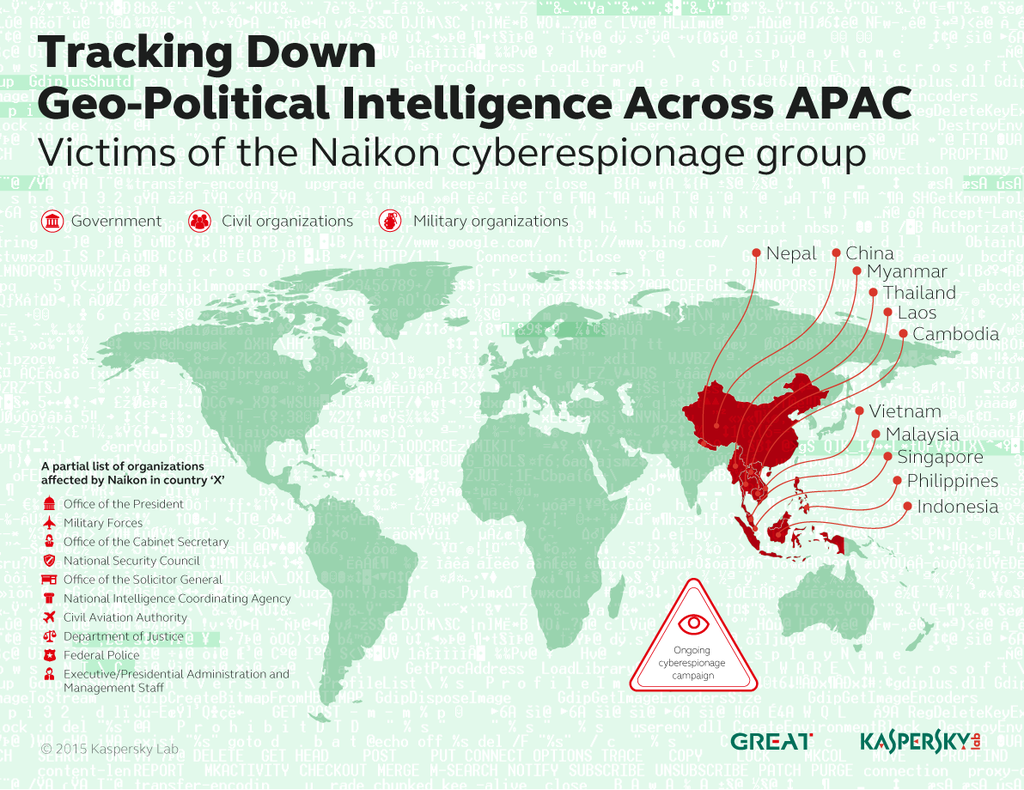 Targeted Cyber-Attacks to Infiltrate Nations around the South China Sea

Preserving past cultures, for the benefit of future generations