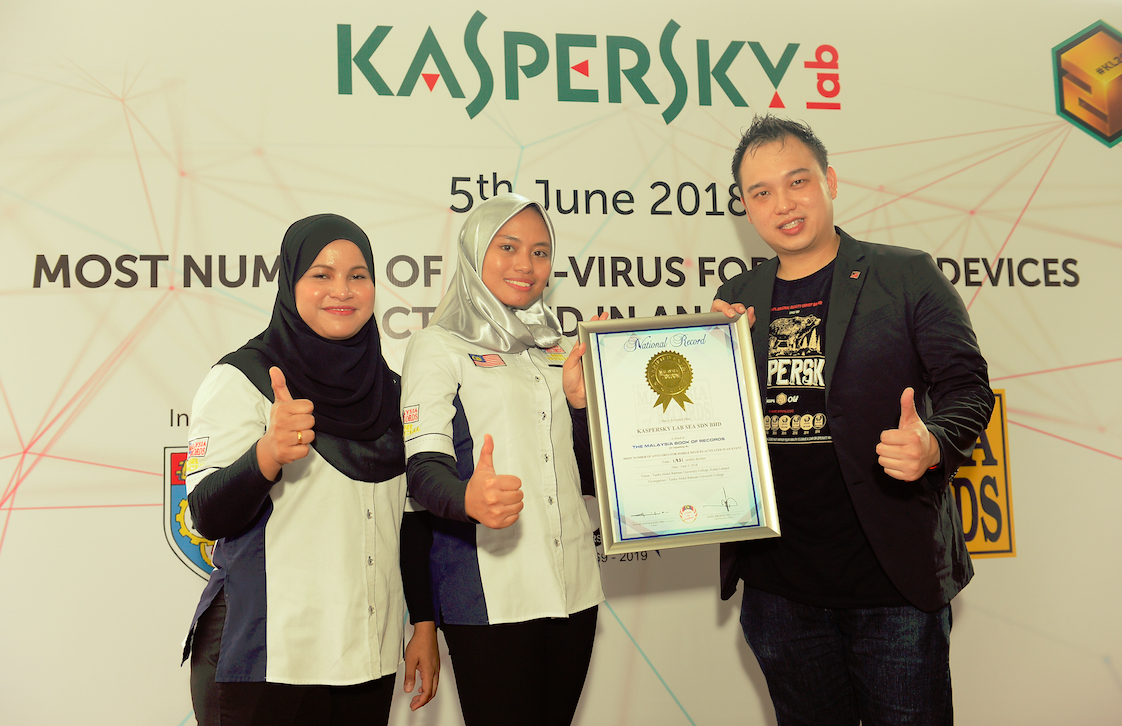 It was a Malaysian record breaking day for Kaspersky Lab as 1,931 of its anti-virus for mobile devices were activated at an education and awareness program held in partnership with Tunku Abdul Rahman University College (TAR UC) in conjunction with the global cybersecurity company’s 20th anniversary, here today.

Kaspersky Lab and TAR UC worked together to reach students, as this demographic are most likely to use mobile devices as their primary access to the internet and urgently need to protect their digital assets and identity.

According to the Malaysian Communication and Multimedia Commission Hand Phone Users Survey the percentage of smartphone users continue to rise from 68.7% in 2016 to 75.9% in 2017. While awareness to protect personal data among Malaysians has increased with 64.5% of users vigilant in protecting their hand phone using passwords and 44.5% backing up their photos and contacts; the number of Malaysians with mobile device security solutions on their smartphones is still low.

“Mobile device security goes beyond password-protecting a device, and backing up data serves as an extension of your brain. As mobile devices become the primary device for more people, identify theft becomes easier and online banking and in-app e-commerce transaction become more frequent. The need to educate on securing mobile devices is urgent. This is why Kaspersky Lab held this record-breaking mobile device download drive in conjunction with our 20th anniversary,”  said Jesmond Chang, Head of Corporate Communications, APAC at Kaspersky Lab.

TAR UC is  building  the momentum towards its 50th anniversary  in 2019. The President of TAR UC, Datuk Dr. Tan Chik Heok said that student welfare and well-being is an important priority at the university college.

“Student welfare now needs to extend beyond the physical and emotional  aspects to encompass their digital well-being and cybersecurity as well.  In our run-up to TAR UC’s 50th anniversary, we are proud to partner with Kaspersky Lab to give our students access to the information and solutions that can protect them online. In the process, TAR UC has once again been part of a Malaysian Book of Records entry that we are proud of,” Datuk Dr. Tan said.

A spokesperson for the Malaysian Book of Records said that Kaspersky Lab had been certified as setting the record for Most Number of Anti-Virus for Mobile Devices Activated in an Event. 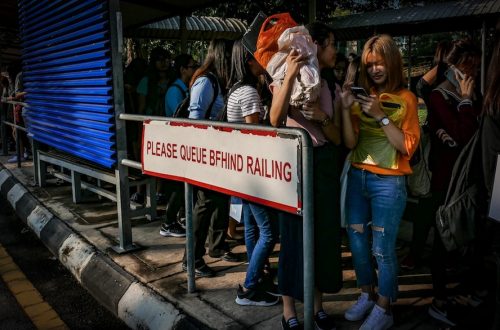